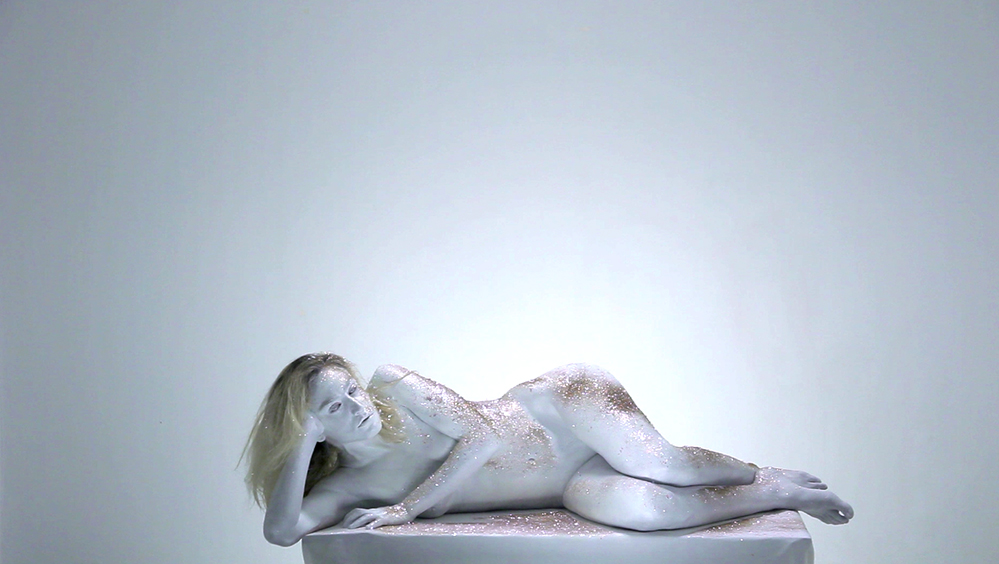 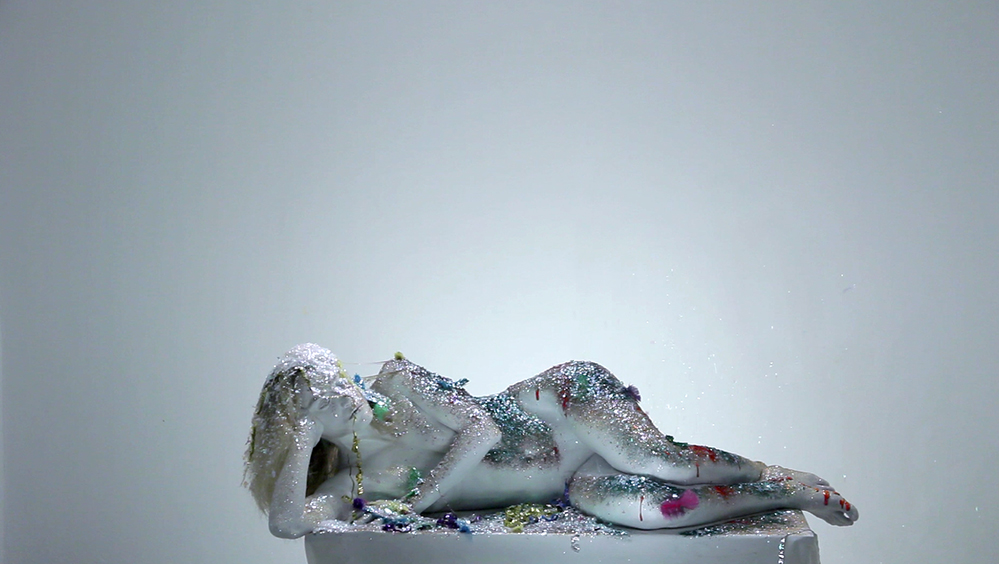 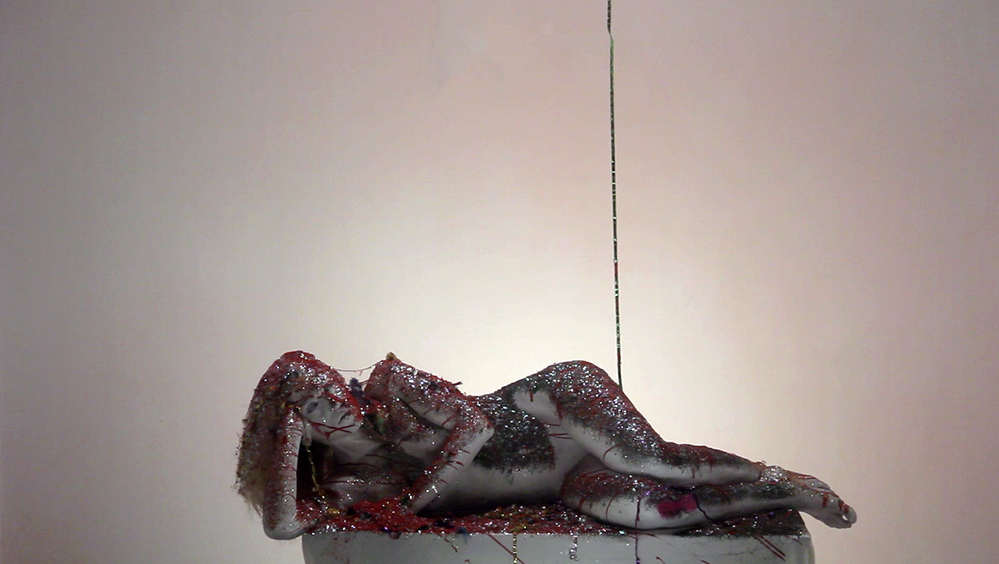 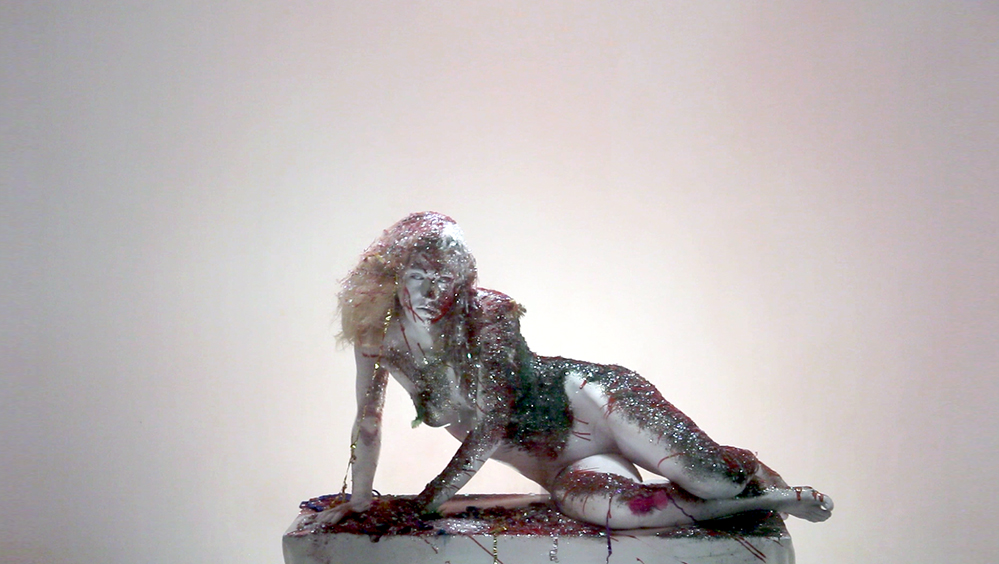 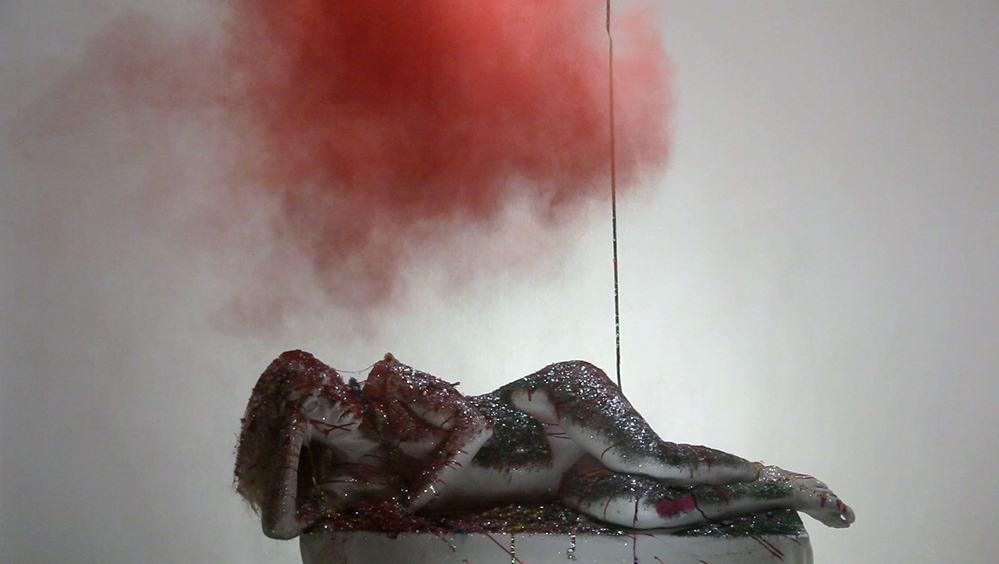 The body as a still form, frozen in space and time, similar to a statue, idolised, white and eternal. Material prone to exploitation. When one is at the others' disposal, will they cross the boundaries? Ornamentation, vandalism, redefinition of the ready made, intervention and reshaping. The perception of beauty, the limits and the sculpting of the form. Materials and gestures, a situation similar to an adults’ kindergarten. The female body is a temple, ready to accept honors but also vulnerable to destruction, unable to react. The mark of human upon human. 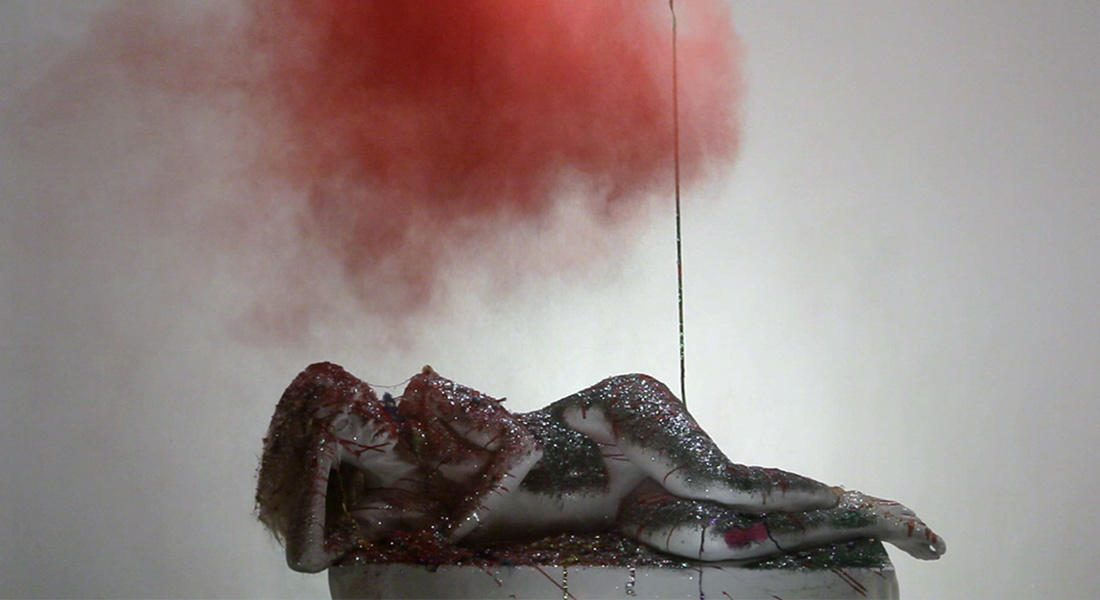