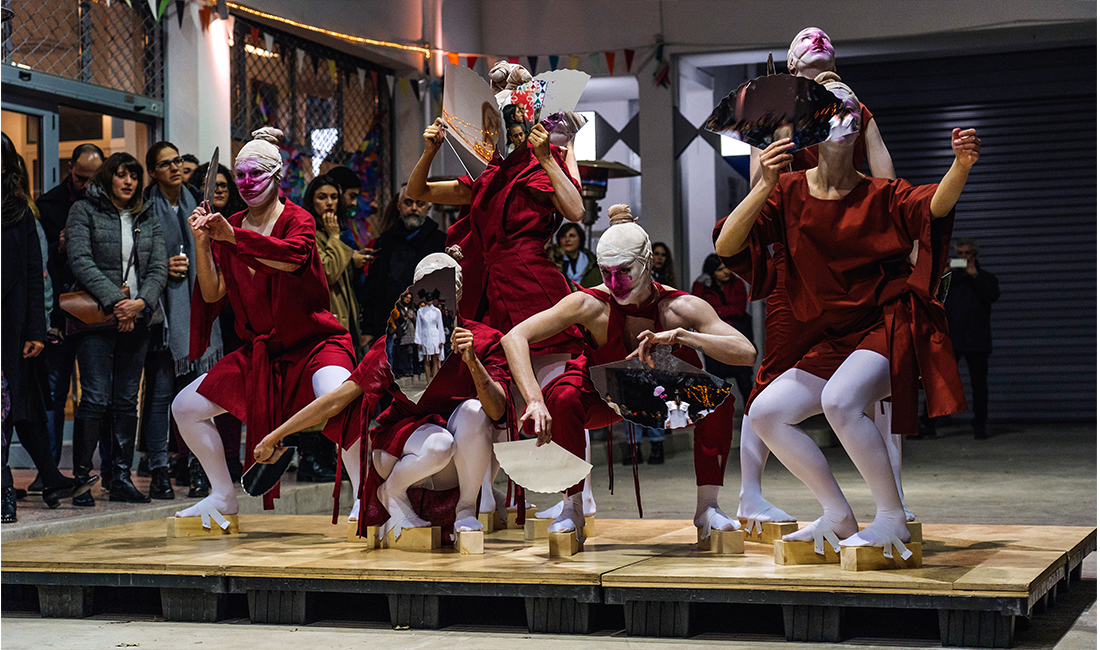 A performance conceived and directed in the framework of the great white flower of China concept and the city of Shanghai. Inspired by the Chinese fan dance it is a 45 min piece choreographed for a team of six performers holding mirror fans while their faces are transfigured giving them a permanent grim. The motion is slow while the audience is mirroring in the fans and the performers while periodically revealing themselves, moving in a grotesque butoh like manner.