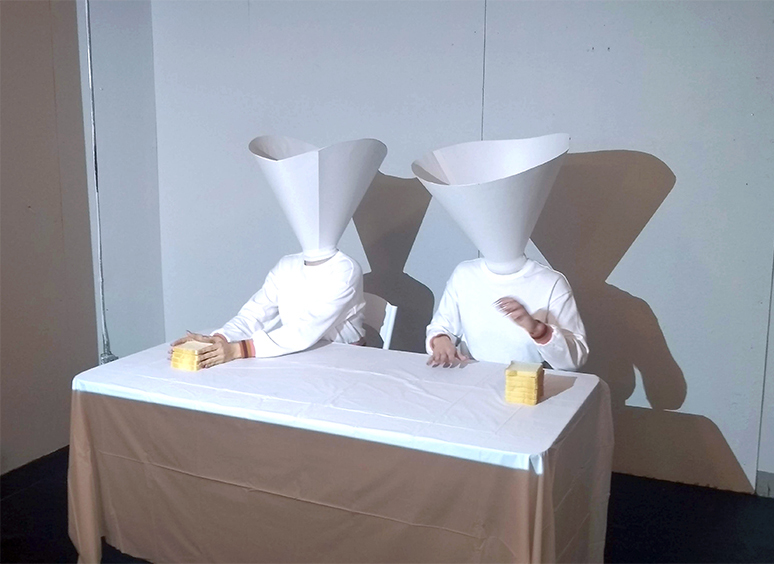 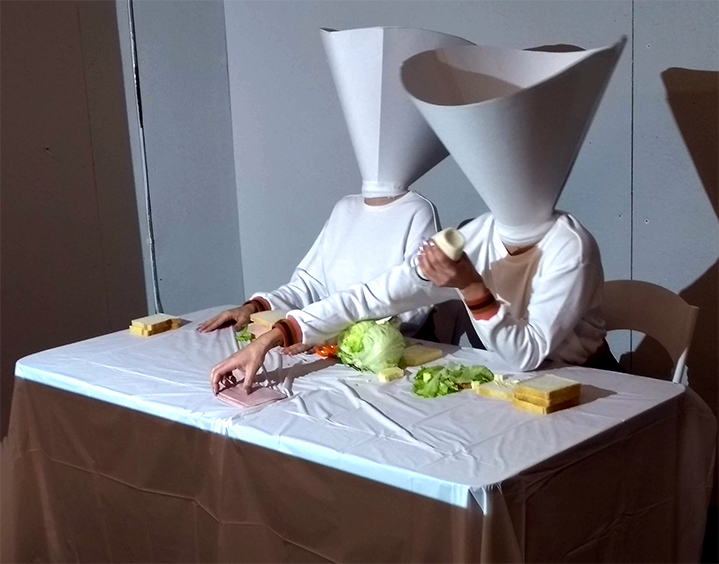 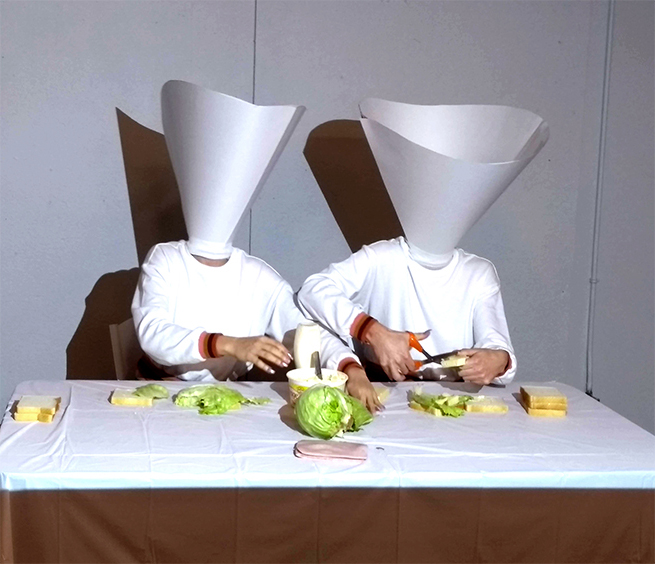 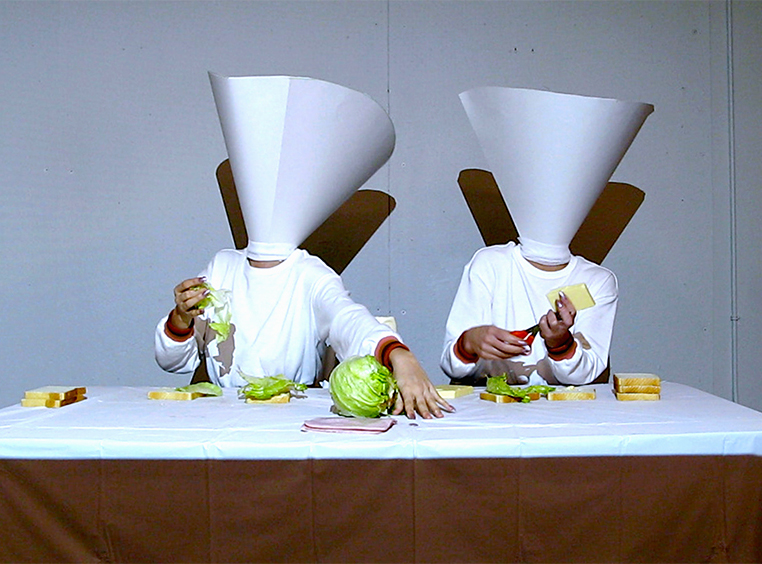 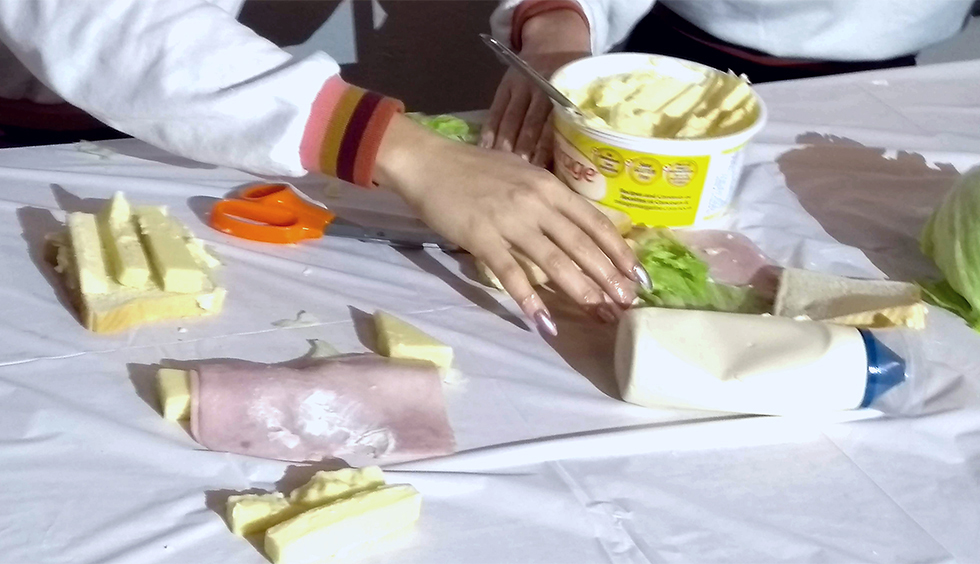 White cones came out of a series of rehearsals in the framework of the La Serre residency in Montreal, held in Monument Nationale. The process of ending up with a certain material to stage began by recording a so-called “stream of consciousness” where a random google search from a specific starting point ended up after a certain amount of time to a second ending point. By merging the two several hybrid absurd moving images occured, including the “white cones” piece. 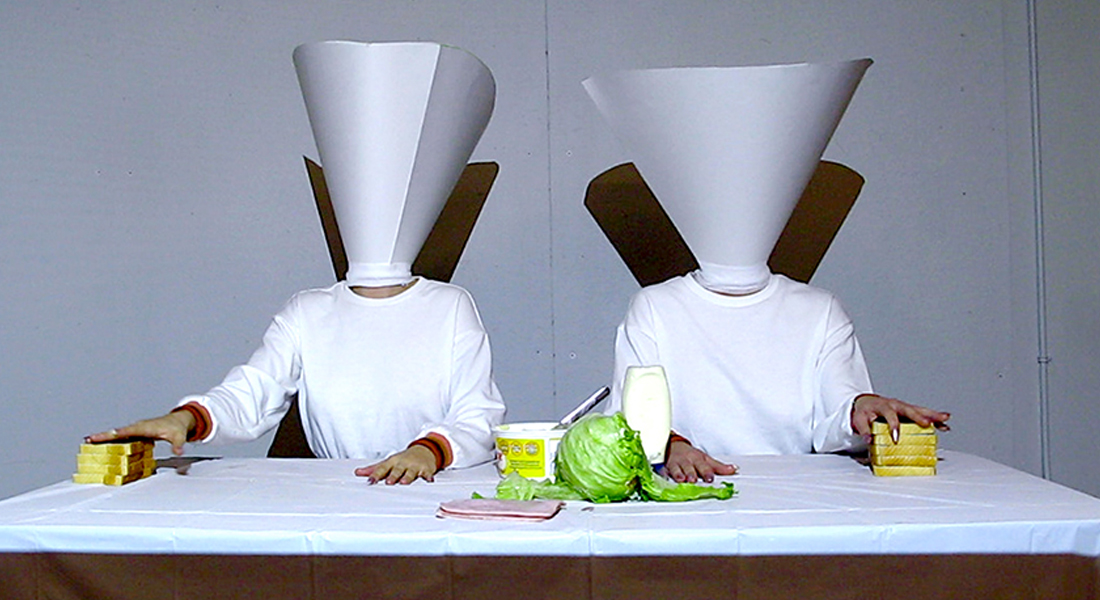