EMPATHETIC BODY: march at the beat of your own drum, 2019 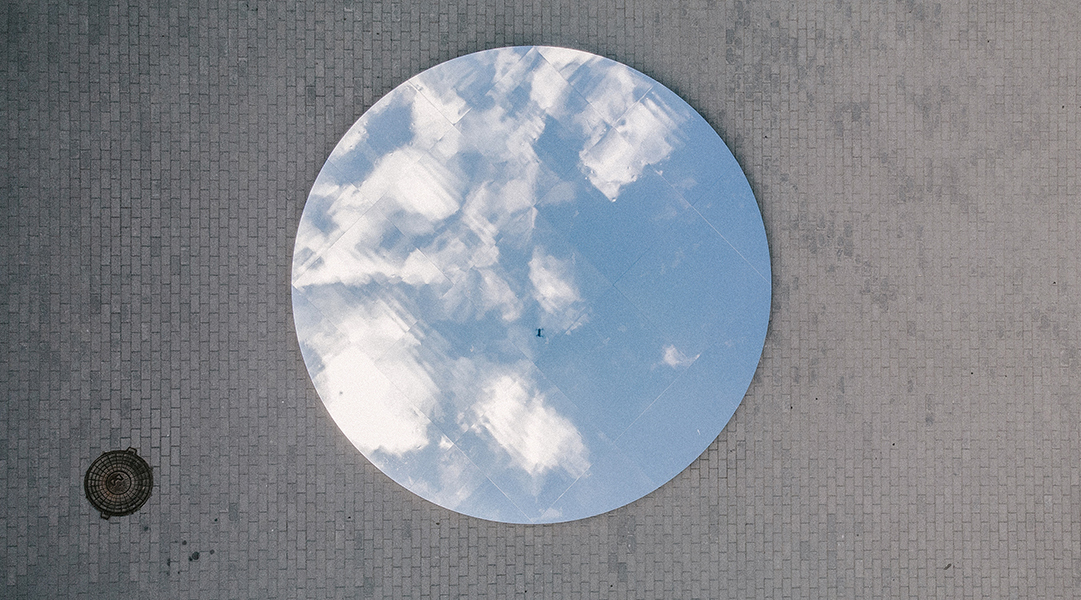 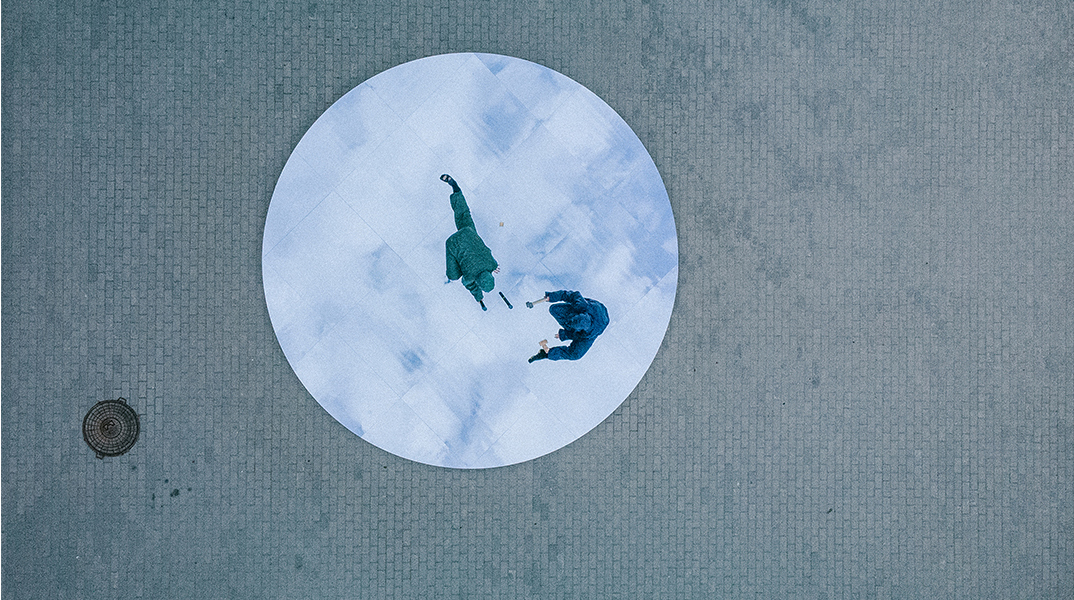 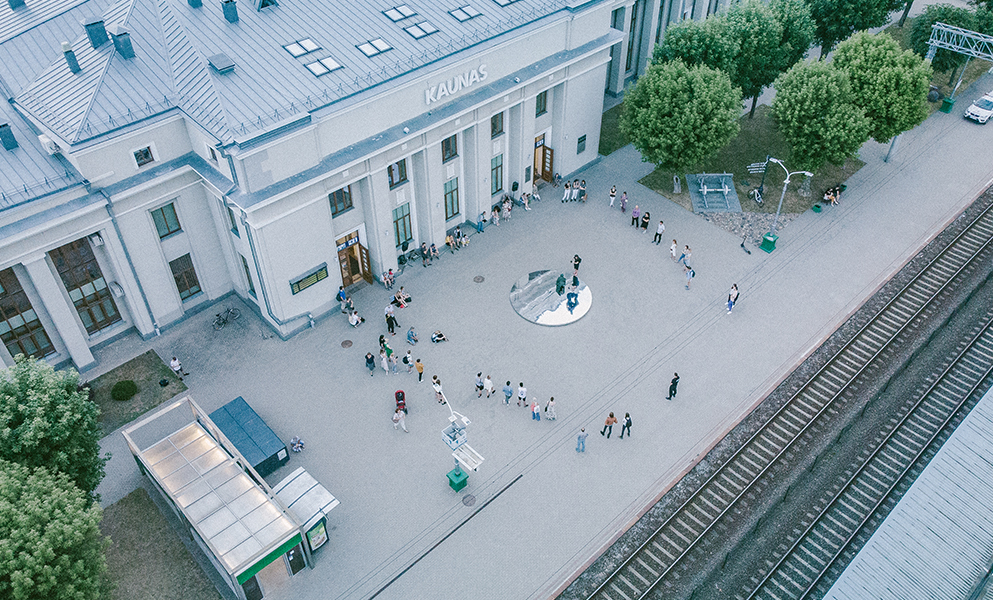 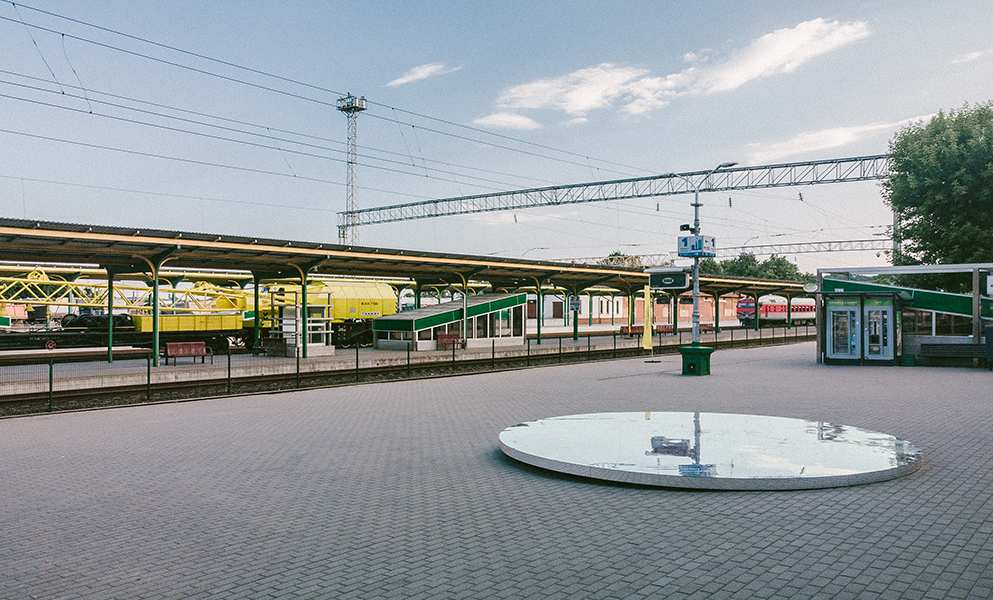 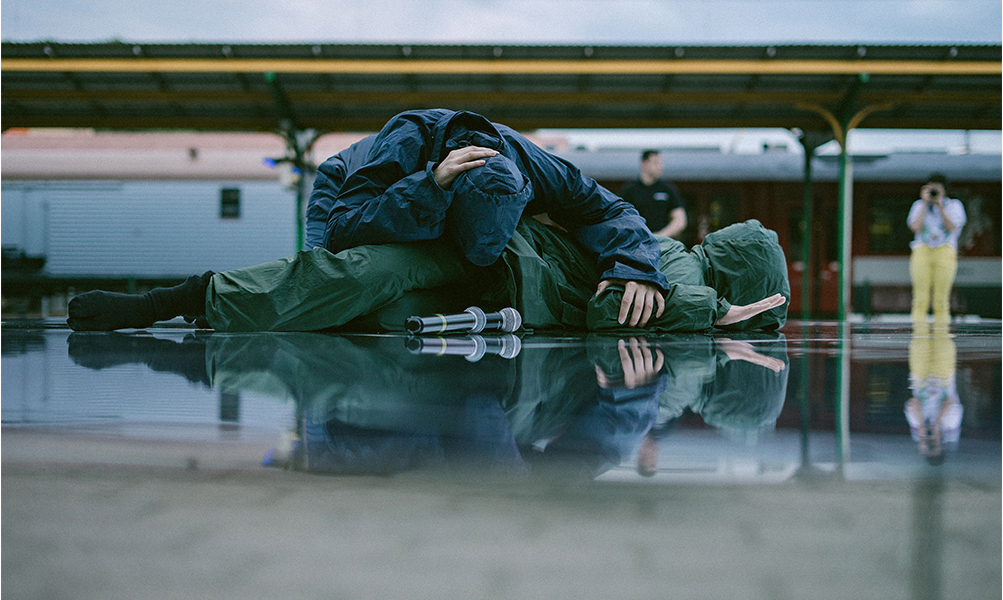 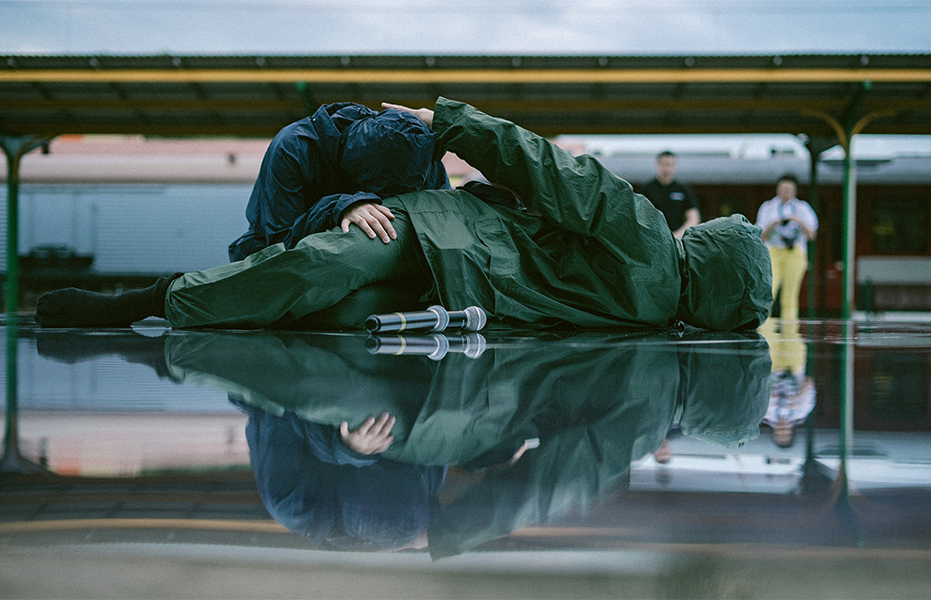 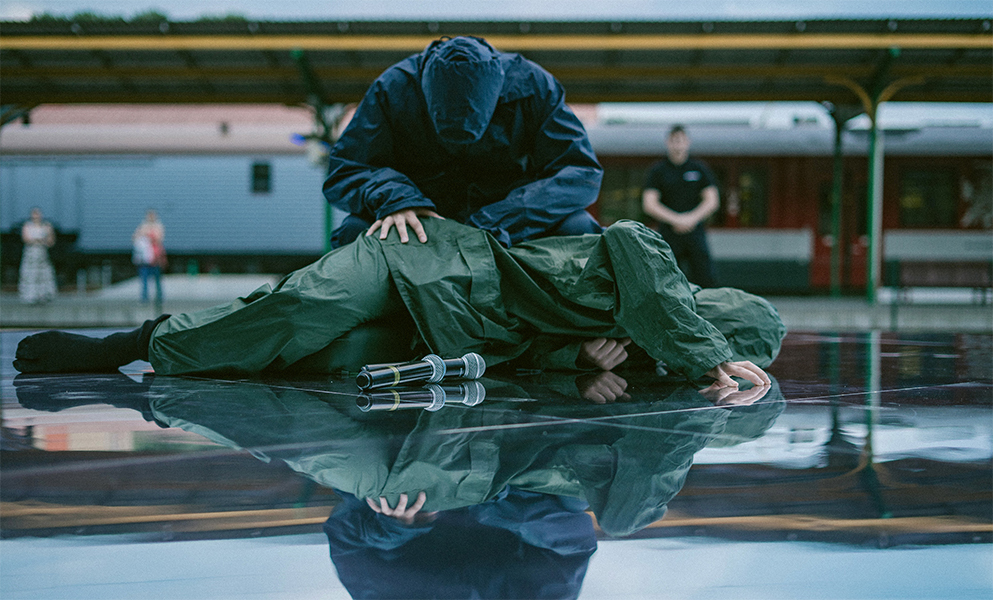 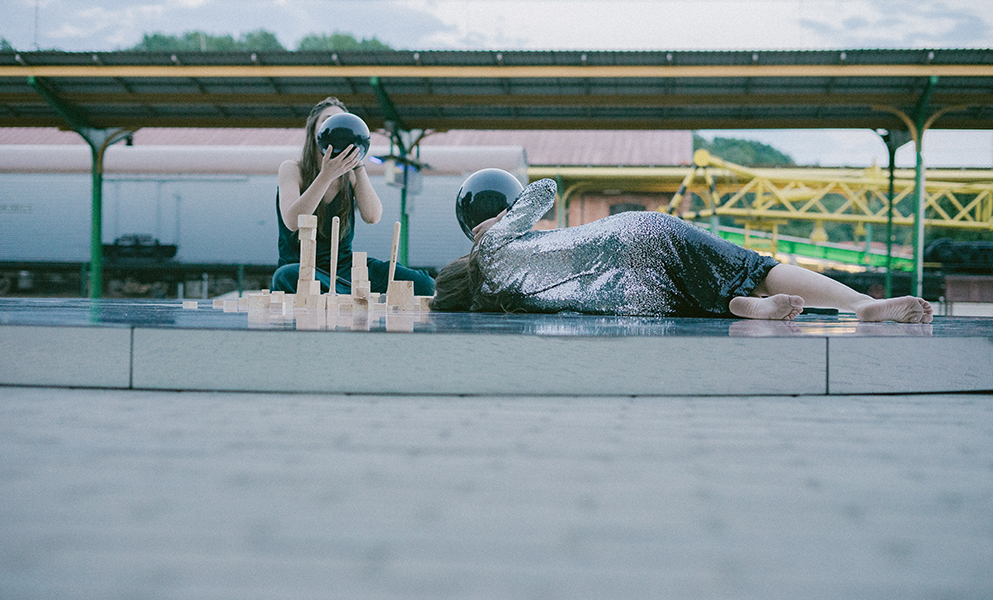 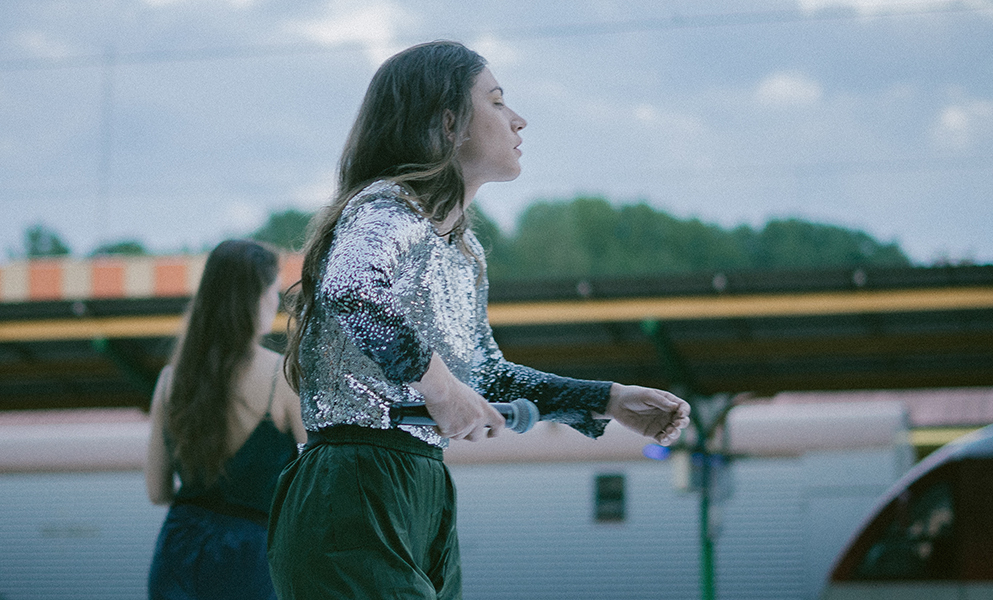 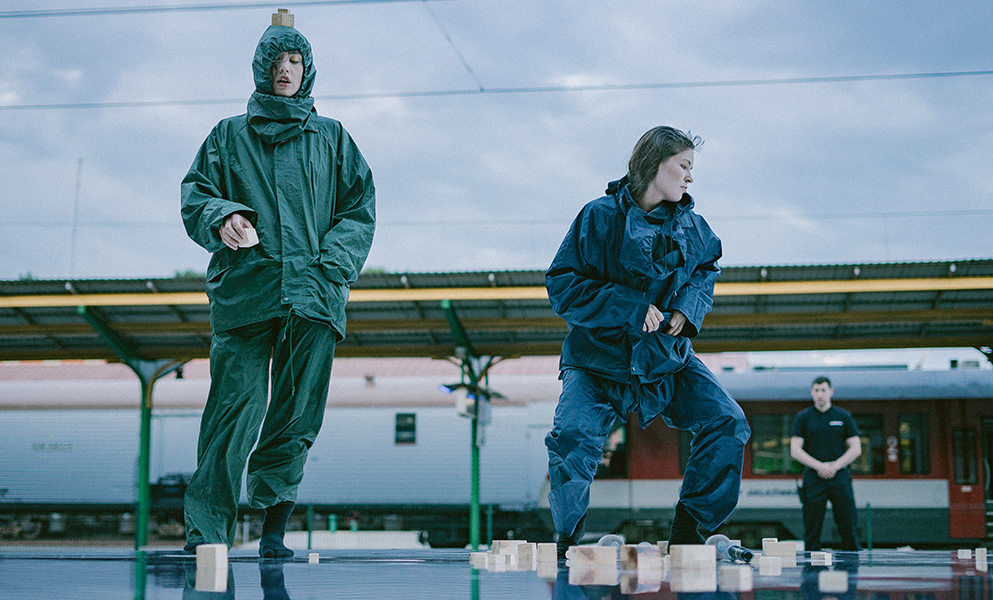 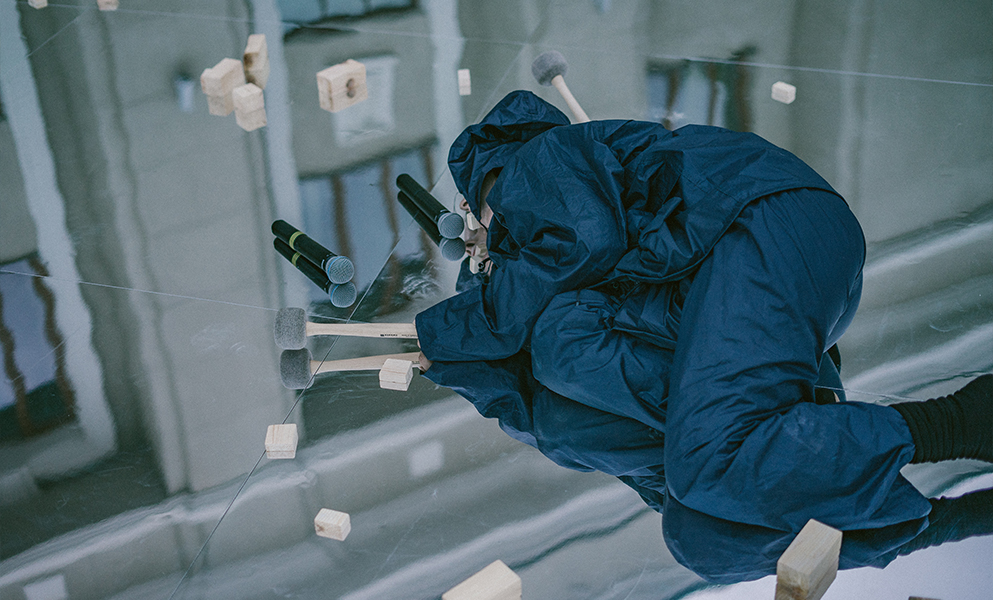 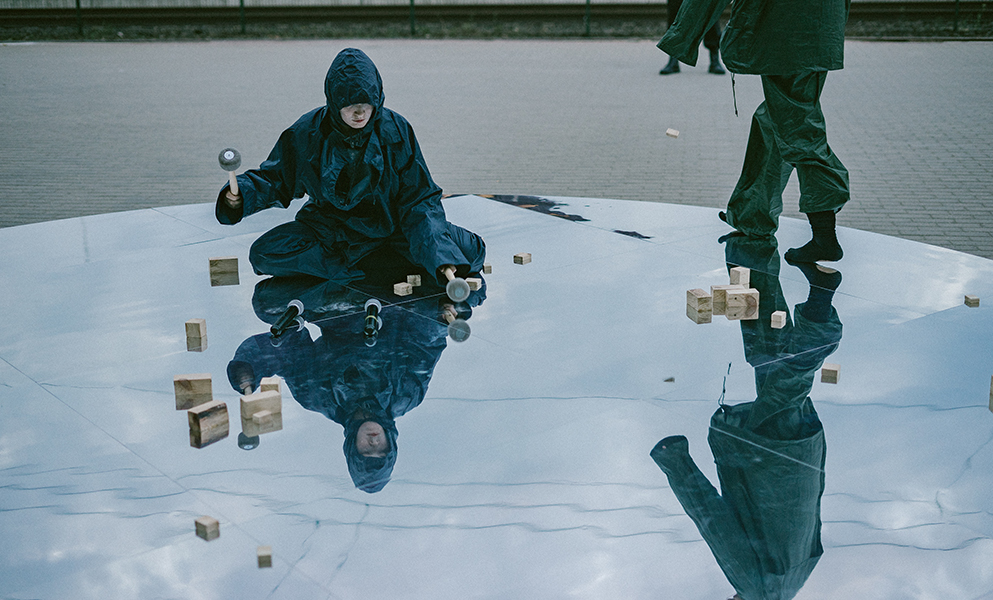 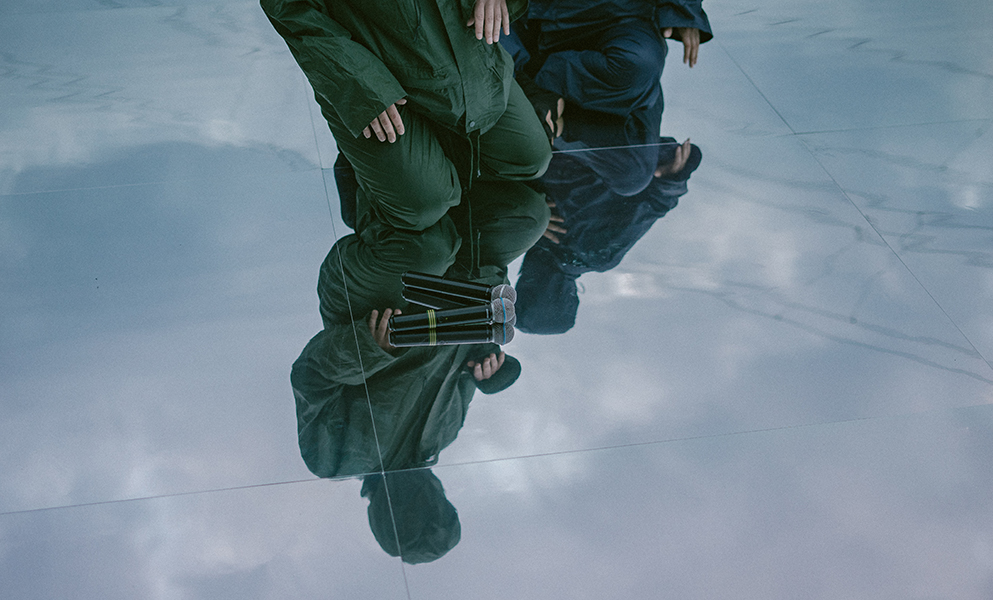 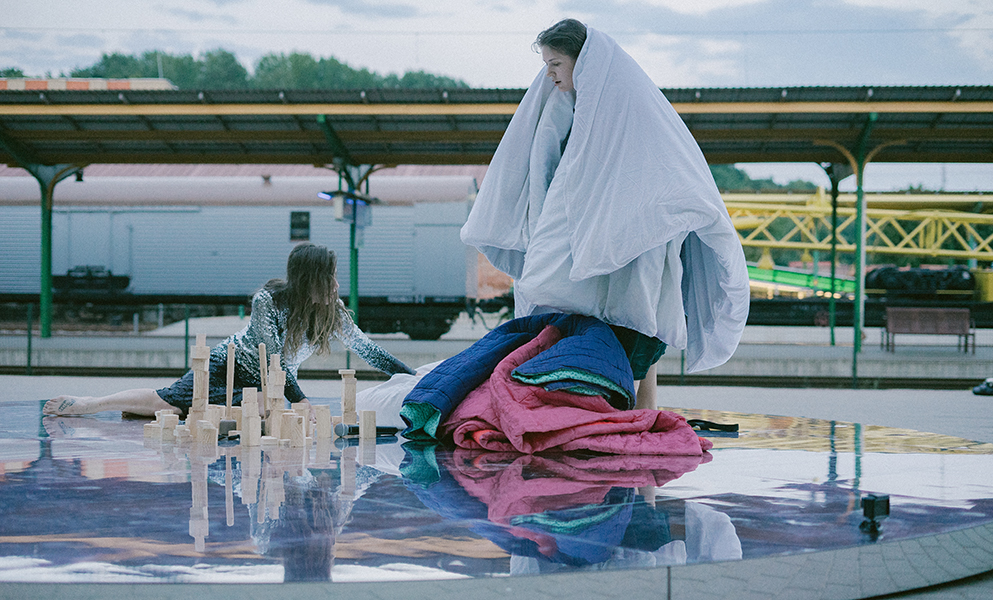 Empathetic body: march at the beat of your own drum, Performance, 2019

“The performative part of this project, which constitutes a relief of an experimental procedure regarding the expressions of a long distance relationship, observes a meeting incident. In contradiction to the common sense dictating that the distance is the torture and therefore the physical meeting and the contact shall bring the so longed catharsis, the sisyphic motion of the two parties (performers) reminds the spectator that every tragic event is independant and that each redemption is earned through equal struggle.”
Adrianos Trikas-Pandis
The newly conceived performance for the 12th Kaunas biennial was a part of long-term relationship project ‘FTIJs’ (FIRST TIME IN JACUZZI. sorry) created by Anna Papathanasiou & Inga Galinyte. They started working together after meeting in 2018 during the International Summer Program at the Watermill Centre in New York (USA) under the direction of Robert Wilson. The core idea behind the project was to create a common sacred immaterial space that is not defined by geographical coordinates but instead by an invisible emotional and spiritual cord between the two artists.
In September 2018 Anna & Inga started an online daily correspondence that gradually took the form of an audiovisual shared diary of collected data, consisting of texts, images, sounds and movements. The daily practice of remaining loyal to an idea or a significant other brought them to the exploration of the utmost fundamental act of separation that every single being undergoes during a lifetime – the separation from the mother’s womb and the phenomenon of the trauma manifested as a bruise. A bruise is the emotional trace that every single interaction leaves us with after each separation since the separation from the mothers’ womb. Without our connection with the whole – in the wider sense of the Universe – every bruise could be interpreted as a fear for the unknown, a display of natural limitations.
The performance ‘Empathetic body: march at the beat of your own drum’ was the third display of ‘FTIJs’ project and lasted for the whole time of Kaunas Biennial where the two artists aimed to build a space where traumatic experience can be healed through shared experience and empathy. The first part of the performance consisted of the wo artists' physical meeting during the 12th Kaunas Biennial opening weekend. Inga shared her happy memories of Kaunas, where she lived as a child, and the trauma of dislocation from her birthplace to another district of the city. Meanwhile Anna attempted to empathize with Inga's story, reflecting on and responding to it. The second part of the performance moved from the personal story to the collective traumatic history of Kaunas. Throughout the duration of the Biennial, performing alone, Inga initiated a dialogue with the audience and became the medium: connecting the spectators' experiences with the meaning of a bruise. Each shared experience of traumas was inscribed onto the platform that also functioned as a public place for people to contemplate and meditate. For the final part of the performance, Anna returned to Kaunas and both artists attempted to empathize with the collective trauma, based on the memory of the city.
During the first and final parts of the performance (when Inga and Anna met in Kaunas) the public was invited to participate in the act of sleeping under the stars. This shared experience created space and time for both healing, and walking up in the sunrise leading to a new beginnings.

More about the project you can find here 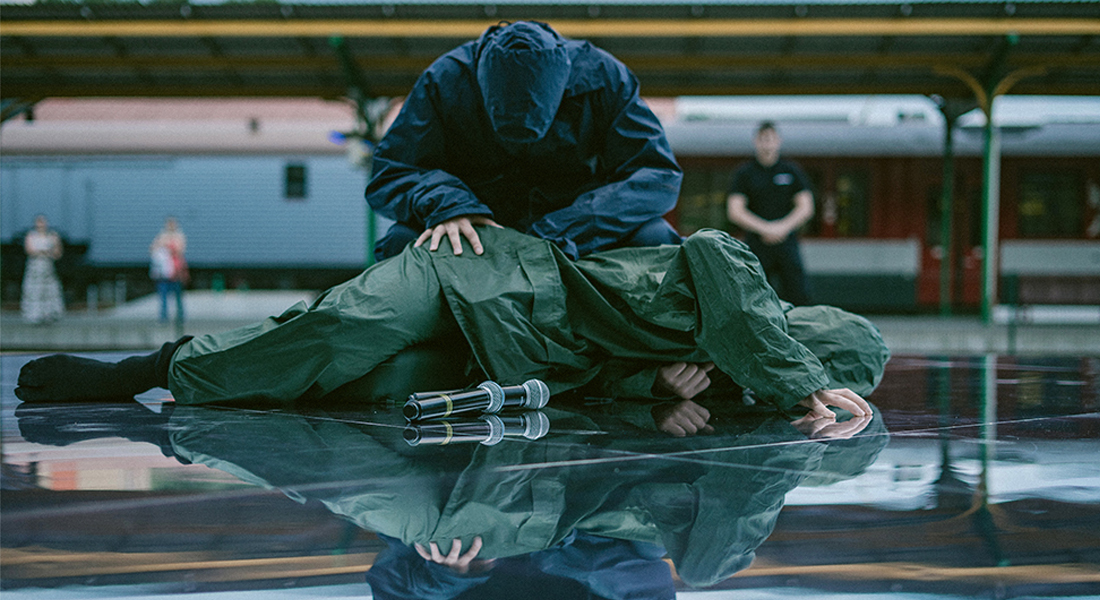