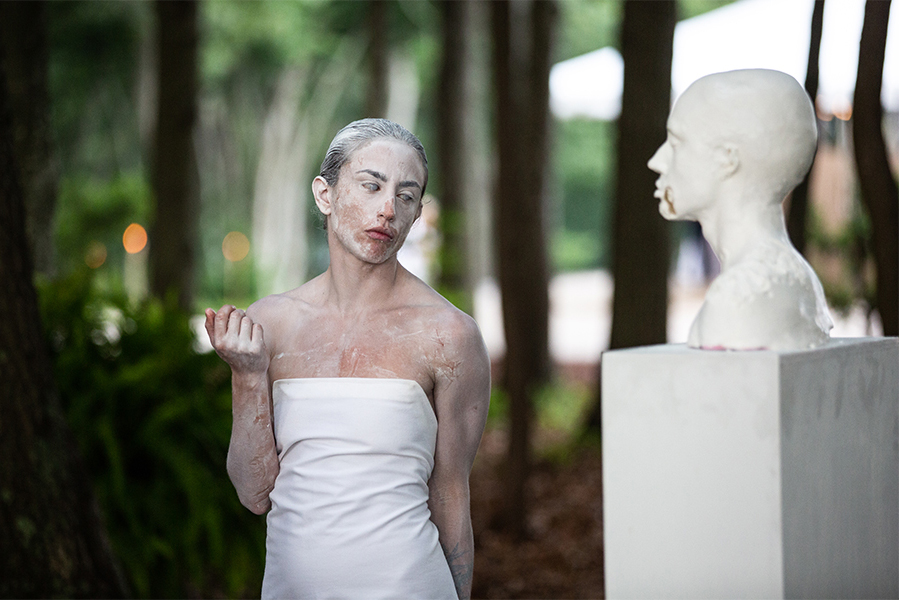 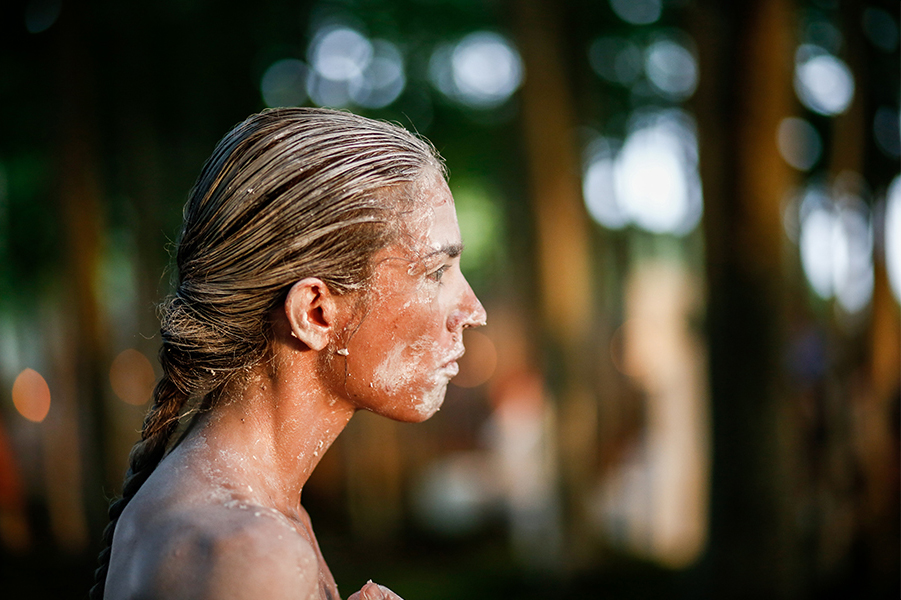 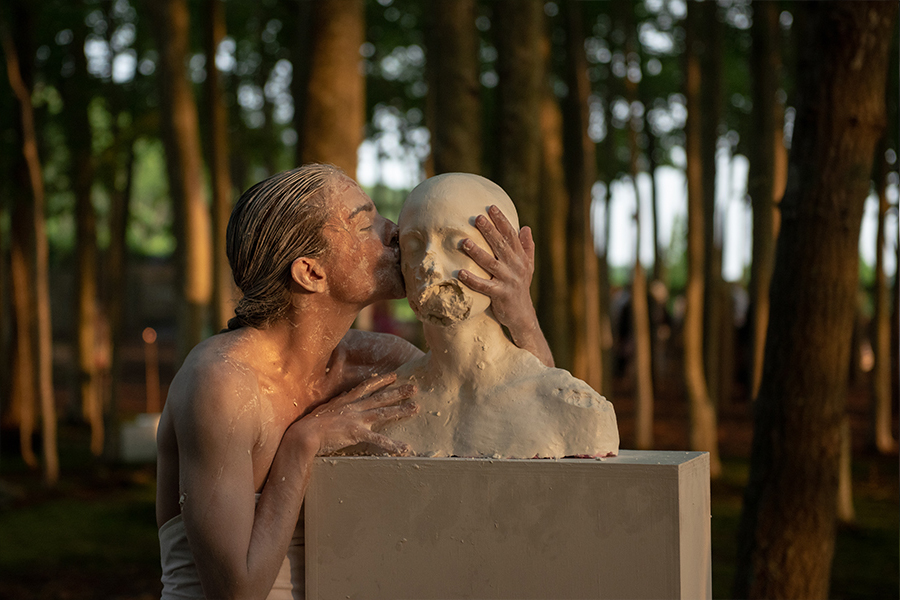 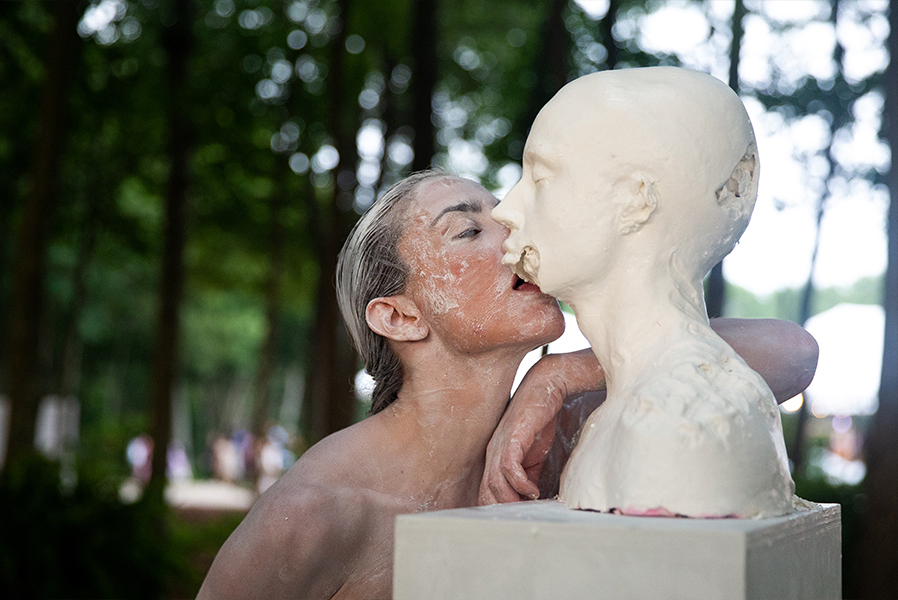 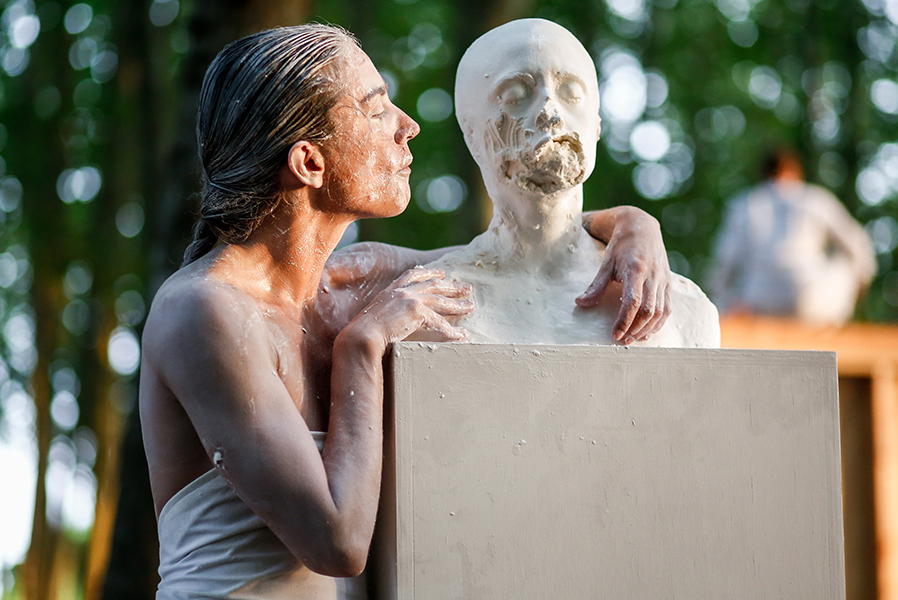 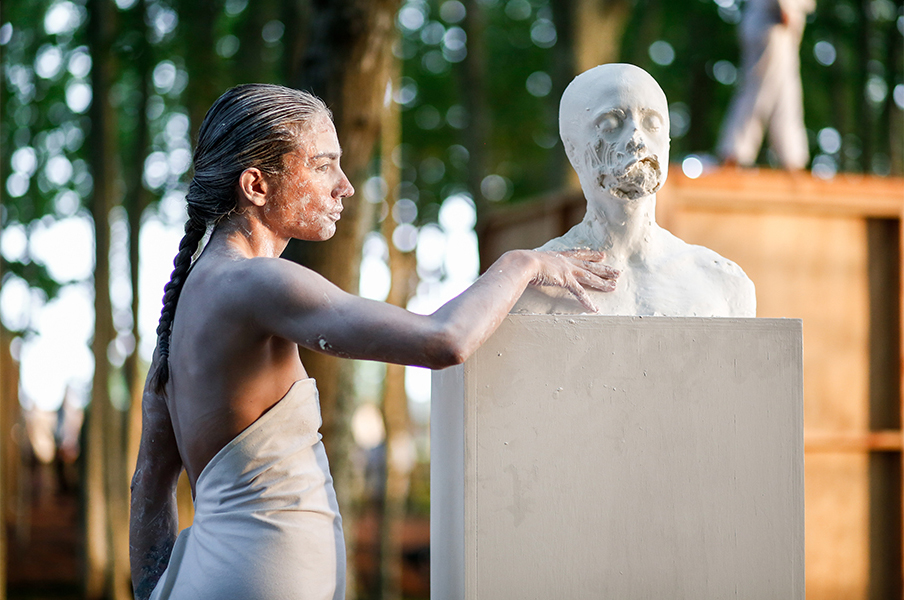 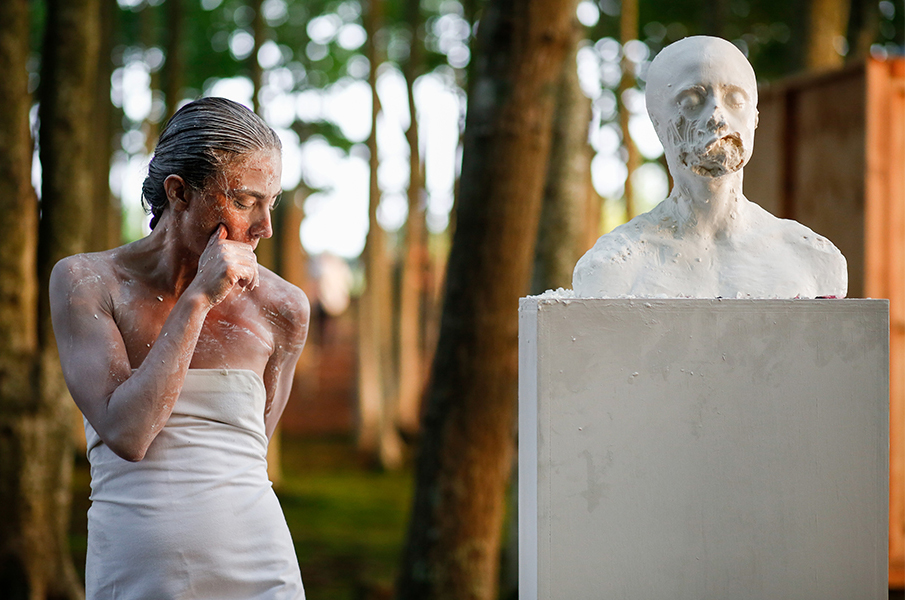 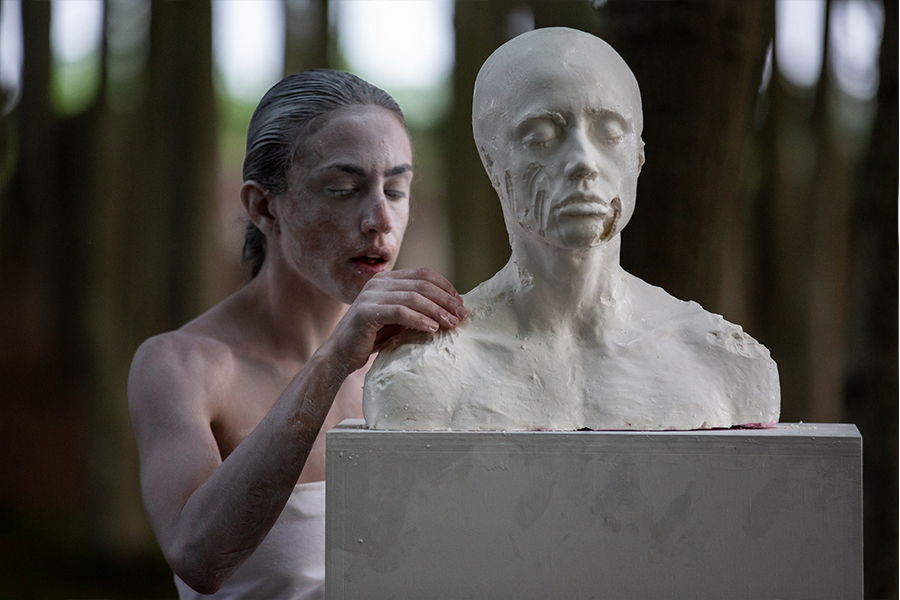 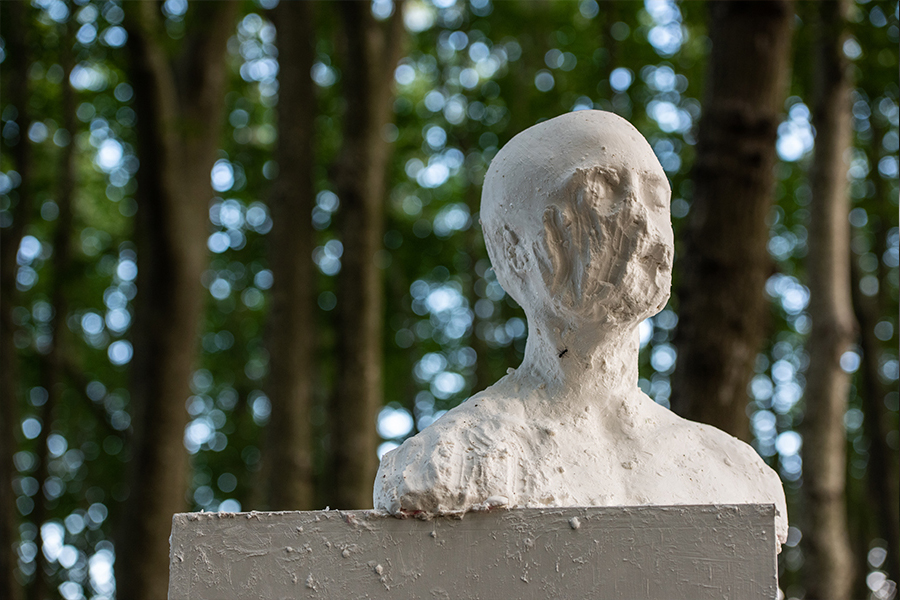 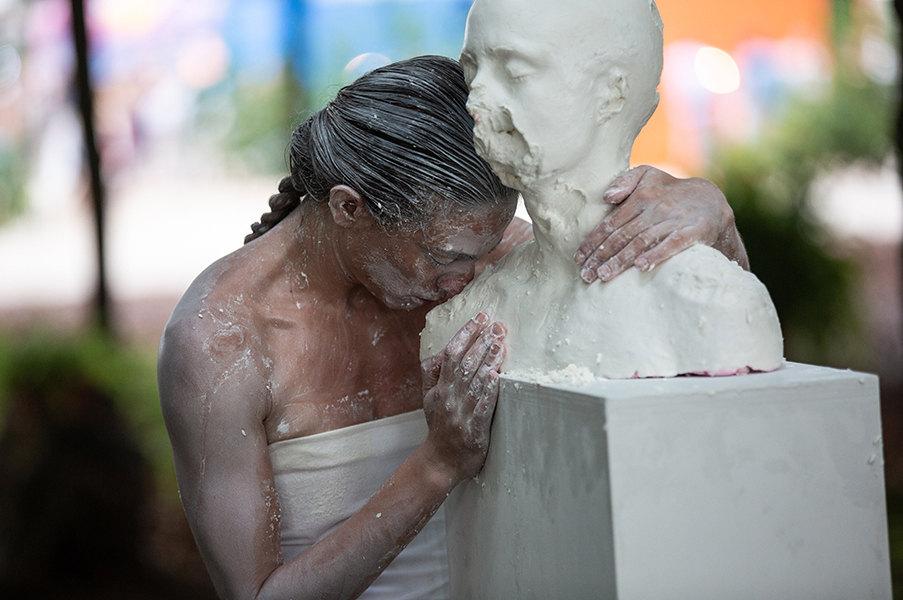 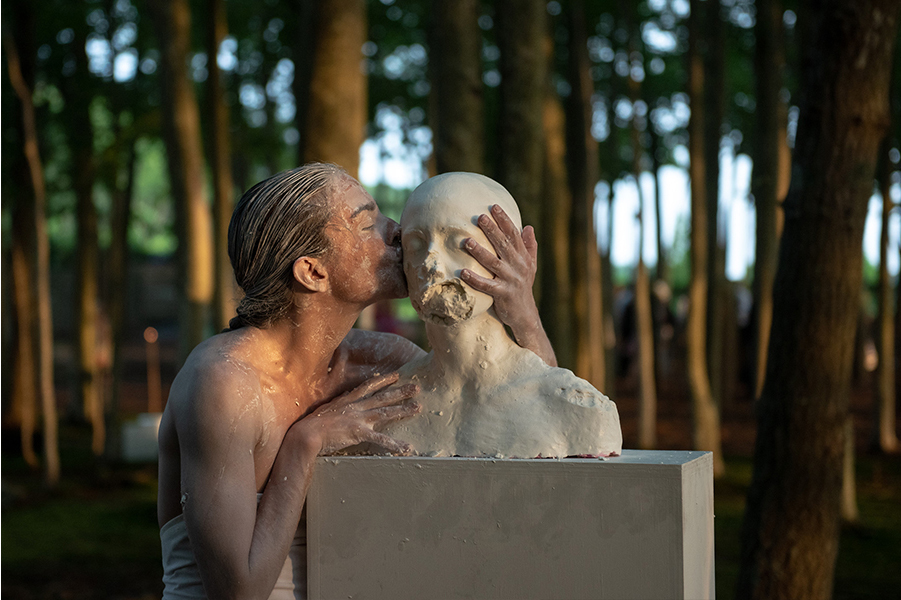 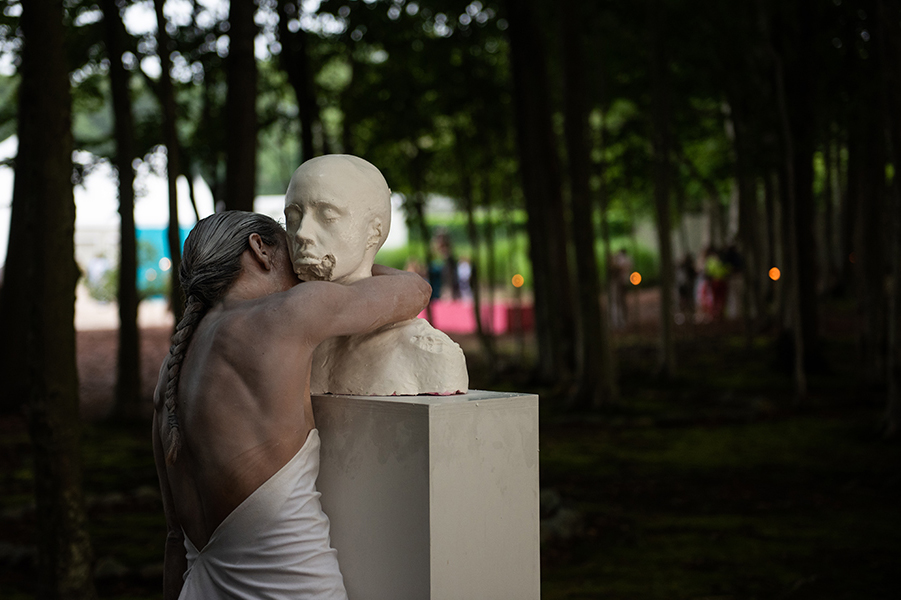 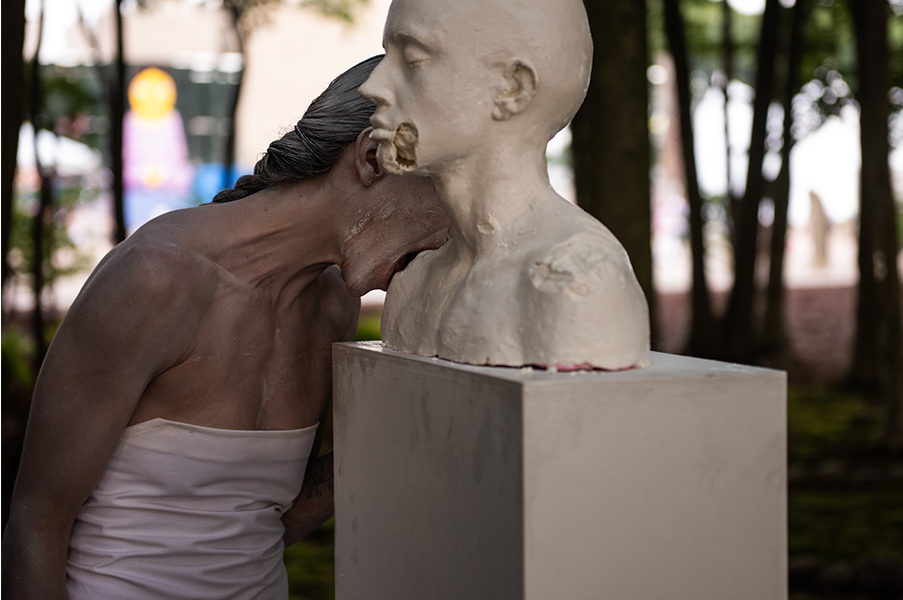 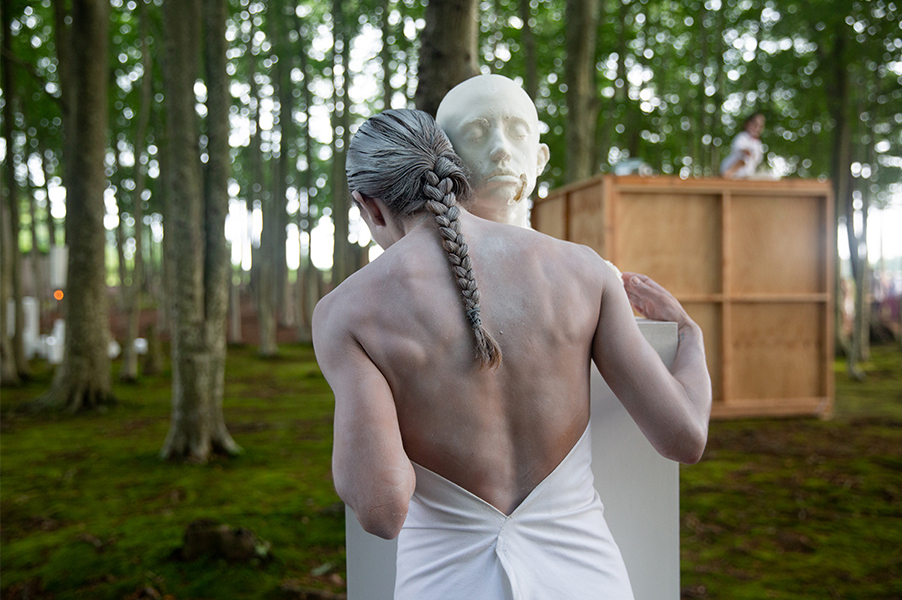 “When one attempts to interpret any kind of structure, say a language or a universe, it is a common approach to begin by locating the archetypal forms within it. When the structure one attempts to ‘read’ is one’s ‘self’, I suggest he/she creates archetypal versions of the ‘self’ itself, in this case the cannibal. The Cannibal aesthetically resembles statues that derive from the ancient Greek sculpture. The work depicts the moment one discovers the process of self-consumption. The Cannibal begins to devour him/herself as a manifestation of a self-destructive practice.
Time is a significant factor in order for a person to identify the reason why the self-consuming cannibal appears as an obsolete statue that we can only passively study like archaeologists.”
Adrian Trikas-Pandis

Eat is a two hour long performative piece in which the artist consumes her bust and head sculpture made out of white chocolate. It was selected and performed as part of the Time Bomb Gala at the Watermill center and reprised at the Discover Watermill day, under the direction of Robert Wilson in New York.

“Described as an enchanted forest and performance art extravaganza” -Artsy

“Anna Papathanasiou's living artwork, "Eat," performed entirely in silence, made for a striking visage amidst the trees.” -Bizbash 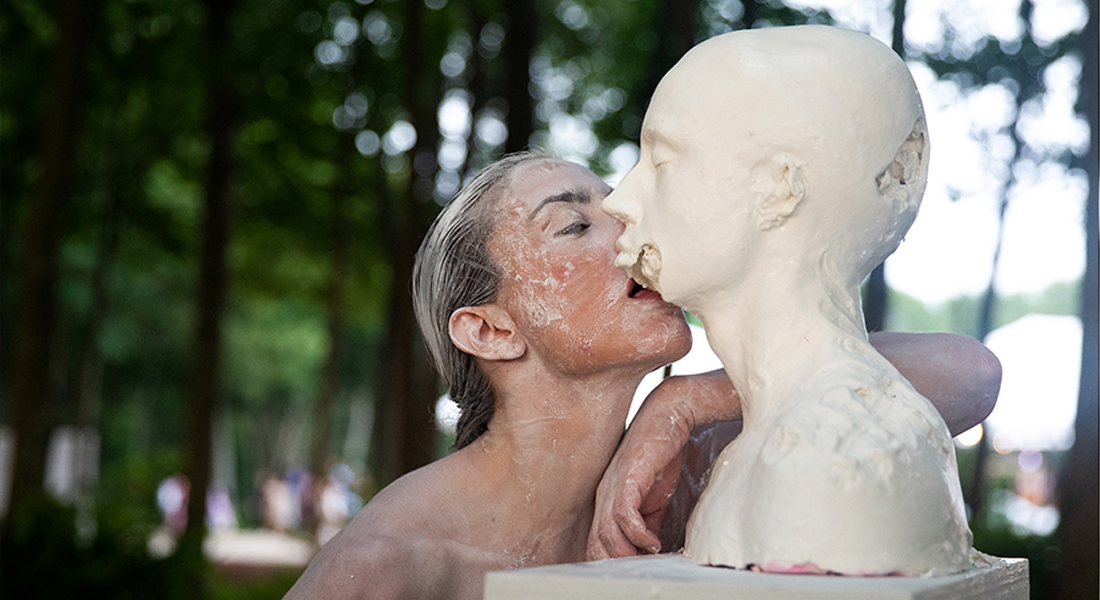