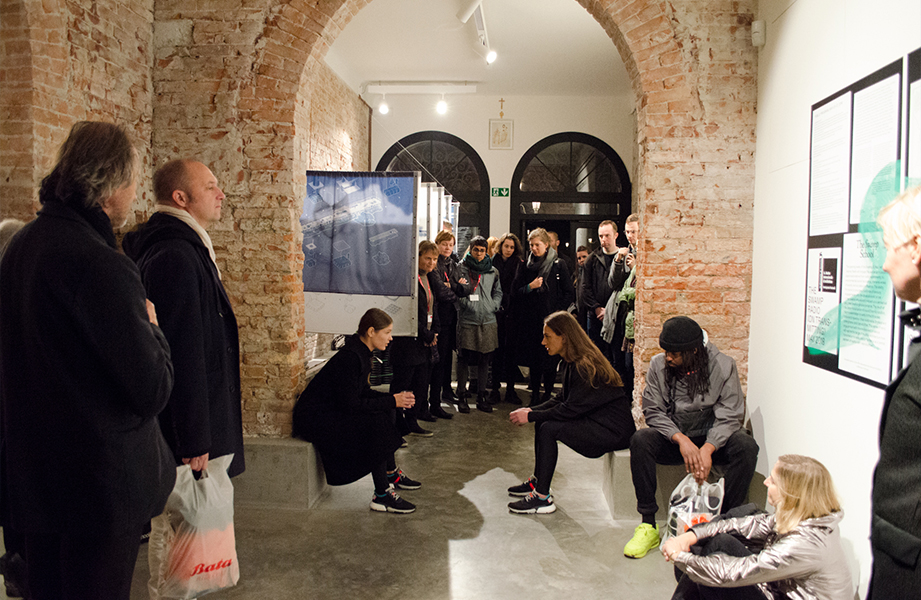 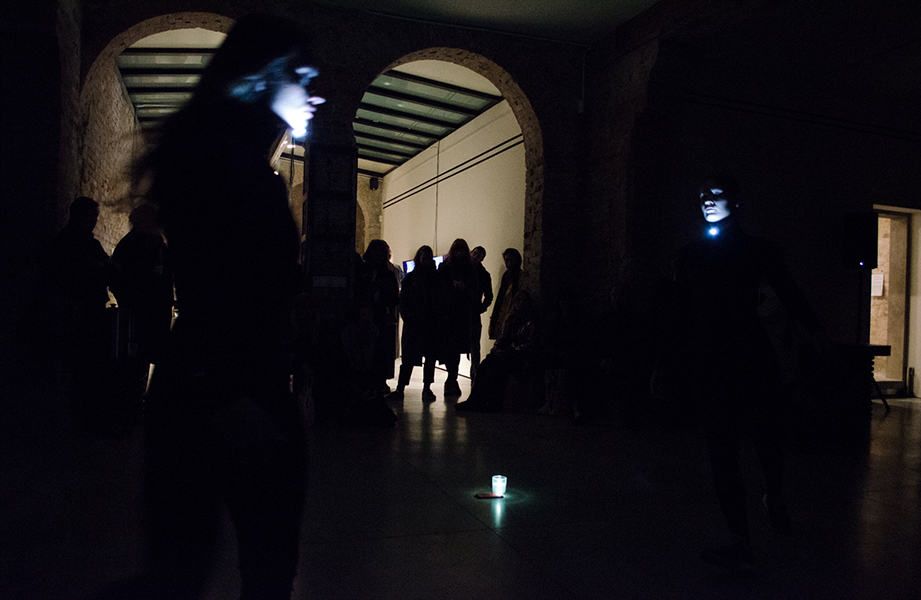 Performance ‘Empathetic body’ was a part of long-term relationship project ‘FTIJs’ (FIRST TIME IN JACUZZI. sorry) created by Anna Papathanasiou & Inga Galinyte. They started working together after meeting in 2018 during the International Summer Program at the Watermill Centre in New York (USA) under the direction of Robert Wilson. The core idea behind the project was to create a common sacred immaterial space that is not defined by geographical coordinates but instead by an invisible emotional and spiritual cord between the two artists.
In September 2018 Anna & Inga started an online daily correspondence that gradually took the form of an audiovisual shared diary of collected data, consisting of texts, images, sounds and movements. The daily practice of remaining loyal to an idea or a significant other brought them to the exploration of the utmost fundamental act of separation that every single being undergoes during a lifetime – the separation from the mother’s womb and the phenomenon of the trauma manifested as a bruise. A bruise is the emotional trace that every single interaction leaves us with after each separation since the separation from the mothers’ womb. Without our connection with the whole – in the wider sense of the Universe – every bruise could be interpreted as a fear for the unknown, a display of natural limitations.
After meeting in New York two artists had been growing the project from a distance. Performance 'Empathetic body' in the Swamp Pavilion (Swamp School) was a part of the whole creative process. The Pavilions' context of the Swamp was a great inspiration for the artists to move the project forward. The swamps have always seemed like a bruise of nature. Not a lake, nor a river. Something unfamiliar, scary and that did not meet ‘beauty’ standards. Without proper compassion people used to drain swamps and destroy a natural ecosystem. That is how people often deal with personal traumatic experience as well, by pretending to not see it or by destroying it. At the Swamp School the artistic team started to build Empathetic Body.
The performance itself happened as a conversation/dialogue occurring between the two performers, choreographed in a current moment by echoing each other. The echo of the body functioned as an indicator of active listening without inner or spoken judgment. The energetic potential traveled from one body to another via a spontaneous unrehearsed and unintended somatic language. The questions of WHAT, WHY and HOW existed, cultivated and manifested the expression from a subconscious level, hidden deeply in the bones, flesh and skin. The performative conversation/dialogue worked as an empathetic (future)-building tool and gave the permission to look deeply into ourselves, beyond the criticism that usually holds us back.